Flowers from Boyfriend and Baby 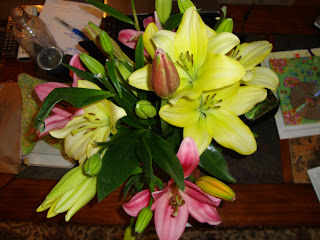 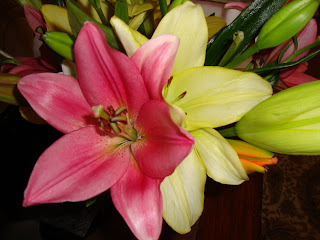 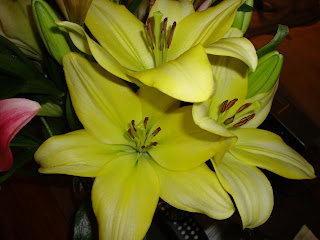 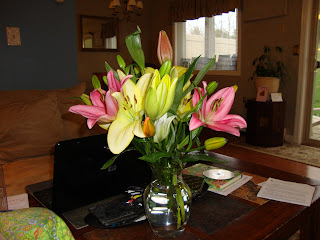 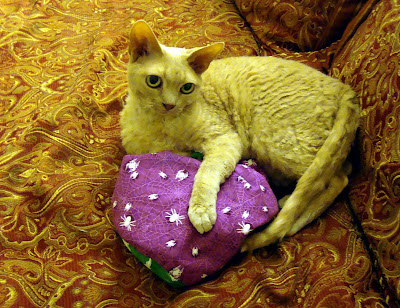 The Woman In White

Last night I finished The Woman in White by Wilkie Collins. It had been recommended by Dr. Gemma on the CogKnitive Podcast. She compared it to Charles Dickens and I must say that is a true comparison. For the past week I’ve been transported to 1850s English countryside where I was completely absorbed by the gothic romance style of writing. Like Dicken’s the plot is somewhat improbable but I was able to look beyond that and enjoy the story. Very rich character development and several mysteries run through the piece moving along the plot. I can’t say enough good things about this book. I will mention that the first few chapters are a bore but like the introduction to a new world and people there are some clichés that must be undertaken. Once familiar with all the players the story takes off and is an instant classic in my mind. It reminded me of both Dracula and Tale of Two Cities. So if you enjoy either of these works, give it a shot.

Next up, something completely different. The book I would consider the greatest Science Fiction novel of all time. Dune by Frank Herbert. I read this in college at my father’s suggestion and thoroughly enjoyed it. Being some 10 years past it seemed like the right time to revisit it. The Boyfriend has been reading The Hitchhiker’s Guide to The Galaxy by Douglas Adams to the baby. He considers this the best piece of Science Fiction ever written which I find somewhat humorous knowing that he’s never read anything in that genera and only rarely watches Star Trek. I do not give him much in the way of Sci-Fi Geek Cred. He wouldn’t even watch Battlestar Galactica with me. Of course I’m not complaining having never read the book myself but seriously enjoyed the movie.

Posted by Mychawd at 8:05 AM No comments:

I'm not sure how to say this so I'll just tell you that you might find this interesting.

And perhaps that will explain where I've been the last few months and what I've been up to.
Posted by Mychawd at 5:56 AM 1 comment:

I officially finished the Haruni on Feburary 10th. It was a labor. I can’t even say it was a labor of love. Blocking was almost as tedious as the knitting. I’m so glad it’s finished thoug

My vote goes to WickedPyssa’s black for most elegant, mine for lightest weight, and Beachyknitter’s for warmest.

But they were all lovely.

After thaking a month off to recover and think about what kind of shawl I’d like to torture myself with next, I’ve decided to take a shot at the Flamboyan by Stephen West. I’m using String Theory Caper Sock in two colors that I can’t pronounce, Nerrivik and Tavikki. It’s a pretty straight forward color block shawl. I think the finished results will be beautiful and the color changes will make the shawl an interesting knit. I’ll keep you posted on that progress.

52 Pair Plunge. It’s been months. I did finish a pair in December and another in January but I’ve been more interested in knitting baby stuff and shawls. Baby socks? Possibly. I didn’t think the day would ever come when I would follow so many knitters before me and evolve away from socks to shawls. Socks just seem so much more functional to me. But my sock drawer is full. I have 8-10 pairs ahead in storage. And I’m on a mission to find a shawl that I can wear like a rock star (the Haruni wasn’t it). 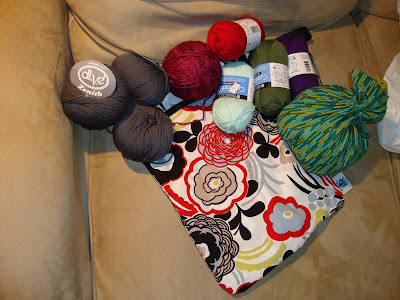 Went to Webs with the family this weekend. It was a funny experience. The Boyfriend followed me around with the shopping basket catching the yarn as I threw it at him and raced through the store to get everything on my list before they closed. The cousins were in pursuit shooting questions about yarn at me. Yardage? What’s soft? Care instructions? I barked answers running up and down the warehouse isles. I’m sure the four of us were an entertaining site. I got everything on my list and two new project bags. I was astounded to see Di’ve Zenith in about 800 colors for $4 a skein. It's a 100% merino worsted yarn that knits like butter. It was all I could do not to buy another two sweaters worth (yes I already have two sweaters worth of it).

After the whirl-wind Webs trip we walked the downtown of Northampton doing some fun shopping and having great Italian for dinner. The rain didn’t dampen our spirits although the icy roads and sidewalks did slow us down. It was a merry adventure I won’t soon forget. 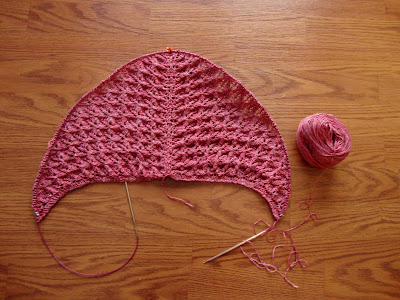 At least that’s how it feels. Not sure what possessed me to suddenly become a monogamous knitter but I have been since the moment I cast this bad-boy on. Really it’s been 7 days and I’m a third of the way through the second and final chart. The lace itself has become very interesting, and the purl back rows have become gigantic!!! At roughly 400 stitches a row, it does take a chunk of time to complete each row. Going forward I’m going to branch out a little and knit some socks but work to complete 4 rows on the Haruni a day until it’s done. Which would put me roughly at the end of next week. We shall see how I do with that. But on the positive side, this will definitely count toward my 12in2011 as this is most certainly stash yarn.

Posted by Mychawd at 5:08 PM No comments:

Alright, so I've been home for a couple hours and knit 8 rows on teh Haruni. I'm pleased to announce that I haven't fallen asleep yet. Which is good, only 10 more rows to go until I'm onto the exciting Chart B!
Posted by Mychawd at 8:09 PM 1 comment:

The local knitting group is doing a shawl knit along. I wasn’t there when the details were discussed but when I saw the post on Rav about it I was so excited I cast on almost immediately. The shawl is one that I’ve admired and despised. 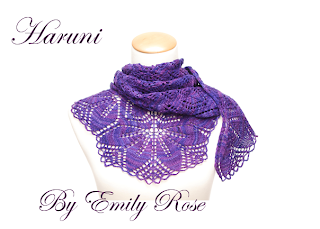 The Haruni is both intricate with the flower edging and a bit old lady with the flowered edging. It’s gone in and out of my queue several times over the last year, since it was first published. Currently there are 3,000+ projects shown on Ravelry. Clearly I must be the only person having doubts about it. And since the other girls are doing it, I want to join in as well. I dug through the stash and found a red yarn with the right yardage, 460 yards according to the pattern which will make it the largest shawl I’ve knit to date. I picked a merino bamboo blend that I never understood why I bought. Bamboo is not good for socks, and I don’t knit light fingering weight yarn. So it seemed that the pattern and the yarn were meant for each other. 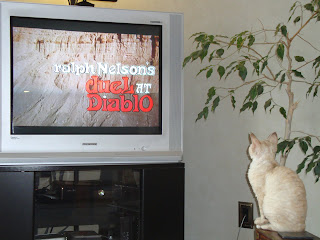 I watched a couple movies with the Boyfriend and Isitt while I worked chart A of the shawl. It was entertaining enough.

Shutter Island was one of the movies. I’m certain that if I had read the book that would have been a total mind f&%k. Having watched the movie I felt it was uneventful. I don’t think they translated it well enough to the screen to be the mental thriller that it could’ve been. But the rainy weather matched our weather outside so I kept watching to the end. And when that ended I realized that I had to knit 4 more repeats of the chart for this shawl. 16 rows of the same diamond/leaf shapes for another 4 more times. Each row longer than the last. I fell asleep at 7:30 last night, I was so board with this knitting.

I woke up refreshed, thinking I’d jump right in and it wasn’t nearly as bad as I had made it out to be last night. After 3 rows I took a nap at 8am in morning!!! This is overwhelmingly exciting lace knitting. I’ve now read the comments on other people’s projects about how they omitted the diamond/leaf shapes and did straight stockinet stitch. 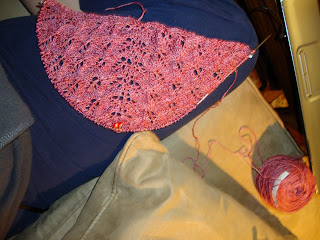 Man I wish I had seen that yesterday!!! I’ve completed 2 of the 4 repeats and I know that if I put this down I will dread finishing it and not come back. I think my main problem is that I expect lace to be different on each row and exciting, why else would you need a chart.

I also expect it to change, I don’t think I’ve ever done such a monotonous lace pattern. My pervious lace endeavors had me on a new chart every 20 0r 30 rows not the same pattern for 80 rows. Plus the big payoff is chart B when the flowery part is knit, the intricate and old lady part. Remind me again why I jumped right into knitting this project that I’ve been on the fence for months about? At least I didn’t waste the Madeline Tosh fingering weight yarn I just bought on this. I think I just need a tattoo or something in my face to remind me that I’m not a fan of lace knitting and to stop trying.
Posted by Mychawd at 11:09 AM 2 comments:

Wait, what did I forget?

We just bought my parents CRV. It’s a 2007, silver EX-L, which is to say a super loaded 4 wheel drive SUV with a killer stereo and decent gas mileage. I’m feeling really spoiled. Today was my first day to drive it. (The Boyfriend and I have agreed to share the new car). This is the same vehicle that Mum and I drove all over the Northeast this fall to cat shows. In four months we put something like 15,000 miles on it. Of which I drove at least half. So this morning shouldn’t have felt that different compared to the past. First thing I noticed was all the space behind me. With an empty trunk and back seat, the CRV is huge. Next thing I noticed was how small my handbag looked on the seat next to me. Shouldn't something larger be there? I had this nagging feeling I was forgetting something. Something important. I drove on but the feeling persisted. And then I got the a red alarm message through my brain … “HEY Genius!!!! You left Mum at the hotel!!!”

After I remembered that it was a Wednesday and I was driving to work I concluded that it was Mum that was missing from the seat next to me. That was my nagging feeling of forgetting something. I’d never been in the car without her as my copilot. Funny. 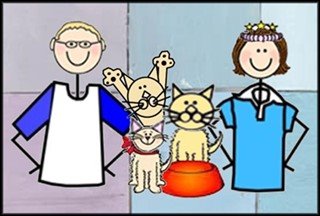 The Samurai, her husband (aka The Boyfriend), and their kids; Linus, Isitt, & MacOban 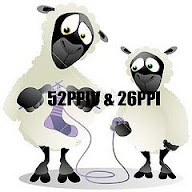 Challenge to Knit 52 Pairs of Socks in a Year! 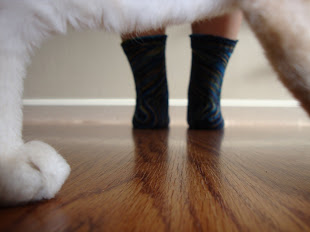 Isitt & The Knitting Samurai in 3 Feet 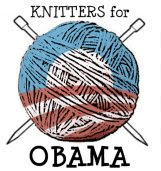